25 years ago on June 1st 1996 the time had come - Oberhausen had a tram again. Almost 30 years after its abolition, the tram is reintroduced as an attractive means of transport. In 1897 it was celebrated in Oberhausen as the first municipal tram in Germany, and in 1968 it had to give way in favor of an expanded bus system. A new chapter in traffic history begins for Oberhausen and for STOAG with the construction of the local public transport route, on which buses and trams run between Oberhausen Central Station and Sterkrade, regardless of individual traffic.

In the eighties it was recognized in many places that urban traffic is less and less socially and environmentally friendly. On February 8, 1993, the City Council of Oberhausen passed a new traffic development plan with the aim of developing traffic compatible with the city. On February 7, 1994, the city council passed a decision in principle on local public transport - including the groundbreaking decision to reintroduce the tram in Oberhausen. Because a large shopping center and leisure area is to be built on 150 hectares of industrial wasteland in the geographical center of Oberhausen - the New Center.

The far-reaching urban and economic change has changed mobility requirements and made a new, modern local transport system necessary. According to the plan, a third of the 75.000 daily expected visitors to the Neue Mitte should travel by public transport. Plans for a standard-gauge light rail were rejected in advance, as were those for an S-Bahn. A combined tram-bus route that is independent of individual motorized traffic seemed to be the easiest and quickest to implement. City of Oberhausen and Stadtwerke Oberhausen are developing a completely new public transport concept, which increases the attractiveness of public transport with high transport capacity and at the same time significantly reduced travel time and promotes the desirable switch from individual transport to local public transport.

Construction work will begin on August 4, 1994. In a record time of only 22 months, a local traffic route and the tram access route from Mülheim will be built on the disused Deutsche Bahn and Thyssen Werksbahn routes. In total, the tram route is 8,4 kilometers long and in 1996 it will become the backbone of the new STOAG network.

13 new stops are being built along the route, all of which were designed by renowned architects. The Neue Mitte stop is particularly striking; the architecture comes from Parade & Partner from Düsseldorf. The roof construction is intended to be a reminder of the industrial history of the property on which the Neue Mitte was built.

The new transport network delights passengers with new lines, new cycles, shorter travel times, greater reliability and new vehicles. As part of the new network concept, STOAG procured a total of 1996 buses - 53 articulated buses and 29 solo buses - and six low-floor trams in 24. The investments of around DM 255 million for the route (90% subsidy according to the municipal financing law with funds from the federal government and the state of North Rhine-Westphalia) and DM 46 million for the new one have paid off. The number of passengers has increased significantly, as has the proportion of public transport. Even today, the public transport route is the heart of local public transport in Oberhausen.

On Sunday, May 30th, three historic trams were on the route between the Landwehr and Sterkrade Neumarkt stops between 11 a.m. and 17 p.m. A ride was not possible due to the corona, but the sight of the oldtimers alone made the hearts of many large and small tram fans beat faster. The TW25 of the STOAG, the TW 888 and the GTW705 of the Ruhrbahn could be seen. Since the TW96 of the BOGESTRA could not be there due to a broken sewer pipe on the route, the Ruhrbahn used the TW1530 without further ado. The vehicle from 2001 is not quite that old, but is particularly nice to look at because of the anniversary paintwork on the occasion of 125 years of the tram in Essen and 30 years of VHAG.The response to the tram show was huge. Thank you to everyone who was there.

The route represents the perfect connection between Alt-Oberhausen and Sterkrade. Did you know that the stops on the route are ideal starting points for long and short walks? We have put together ten beautiful walks for you, between one and six kilometers in length. Let yourself be surprised what there is to discover along the way!

Would you like a little more action on your walks? Then maybe the geocaching tours are for you. Some of them also start at stops along the route. You can find more information on our website Geocaching. 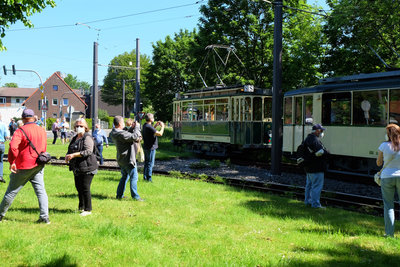 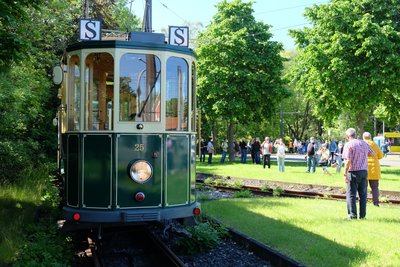 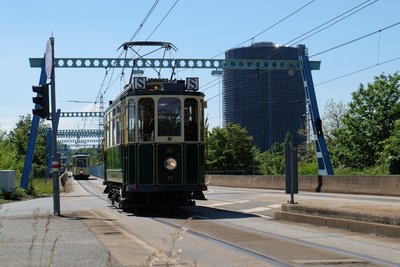 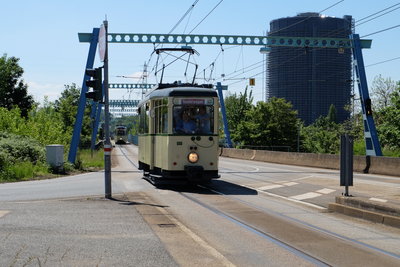 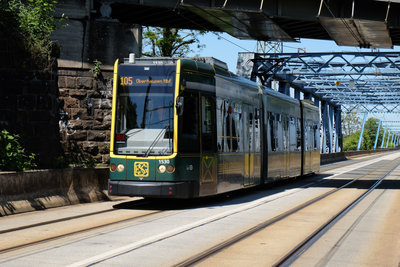 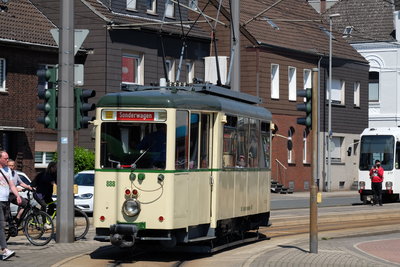 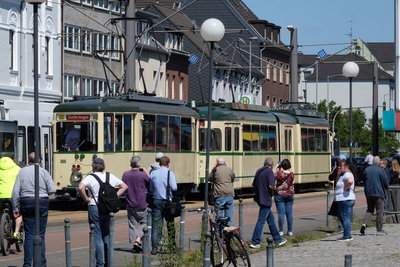