On Thursday, June 18, 2015, at 5.30 a.m., exactly 90 years have passed since the first bus from Stadtwerke Oberhausen, car no. 1, made its way to the Duisburg-Meiderich-Süd train station for the first time. This marked the beginning of the era of urban bus transport in Oberhausen, which continues to this day.

By June 18, 1925, the Oberhausen tram, which was also municipal, had made the people of Oberhausen mobile for over 28 years, precisely since April 4, 1897. The tram network had grown considerably from 1897 to 1915, but there was still nothing to be desired. While the east of Oberhausen, Alstaden, Lirich and Dümpten as well as the neighboring cities of Sterkrade and Osterfeld were already easily accessible by tram and on December 8, 1924 the long-awaited continuous tram line 20 from Oberhausen to Essen via Lipperheidebaum had finally started operating Residents of the Oberhausen West continue to accept long walks to z. B. the train station or the city center to reach the Altmarkt and Marktstrasse.

In the mid-1920s, improvements in bus construction offered the transport companies in Germany new perspectives for further local transport offers, including the Oberhausen municipal utilities. The "Autobus" mode of transport, which was still quite young and so far only rarely used in regular service, now offered the opportunity to help remove existing "white spots" in the Oberhausen route network.

And one of the most pressing problems in Oberhausen's local traffic was the development of the west of Oberhausen up to the Duisburg city limits, as well as the connection between Mittelmeiderichs and Oberhausen. The development of Obermeiderich happened almost on the side. The matter of the new means of transport in Oberhausen was approached very carefully. On Thursday, June 18, 1925, Stadtwerke Oberhausen started bus traffic with the first and initially only municipal Oberhausen bus from the then Oberhausen train station via Goebenstrasse, Grenzstrasse and Alstader Strasse. In Obermeiderich, the residential areas around Koopmannstrasse, the cemetery and, last but not least, the "tar recycling" were served by the bus and connected to the traffic junction at Meiderich Südbahnhof.

The bombing of the Second World War left the tram and bus operations of the Stadtwerke Oberhausen with immense damage. While the tram network was painstakingly rebuilt, but not expanded, the omnibus was increasingly given the task of developing new housing developments that could not be reached by trams. This made the tram's junior partner more and more important. But on the main axes within the city and to the neighboring cities, the tram continued to carry the bulk of the local traffic.

The situation changed in the first half of the 1960s. As the first tram line, line 4 from Lirich via the main station and Marktstrasse to Dümpten was switched to omnibus traffic on January 1, 1964. Further changes from tram routes to omnibus traffic followed before July 5, 1965, when the city council of Oberhausen decided to abandon the tram in favor of the sole omnibus operation. On October 19, 1974, the last tram left Oberhausen for the time being in the direction of Bottrop. From October 20, 1974, all local public transport in Oberhausen was handled exclusively by buses. A finely branched bus route network was established.

The decline of heavy industry, especially Gutehoffnungshütte, gave the city the opportunity to create a "New Center" on an old industrial site around 1990, which required an appropriate public transport connection. On June 1, 1996, the "public transport route" was put into operation on the disused railway lines between Oberhausen main station and Sterkrade station. Associated with this was the reintroduction of the tram in Oberhausen on the north-south main axis and the conversion of the bus network to a two-stage network with SB (express bus) lines on the main connections and city lines for the extensive development of the city area. 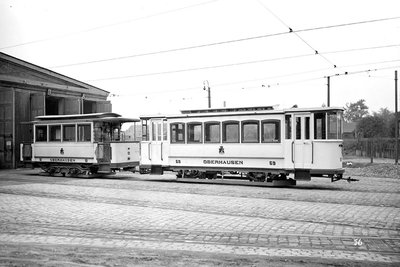 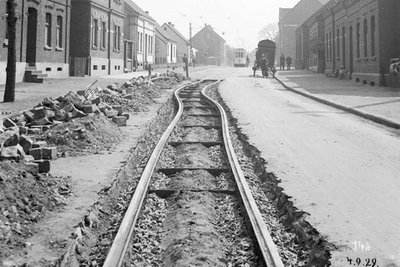 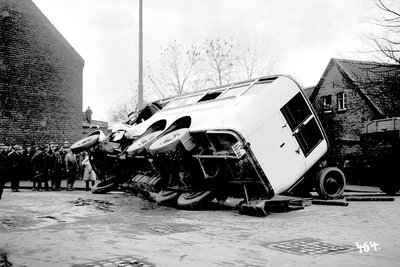 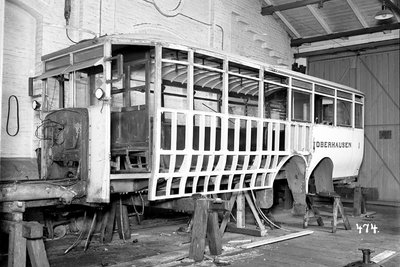 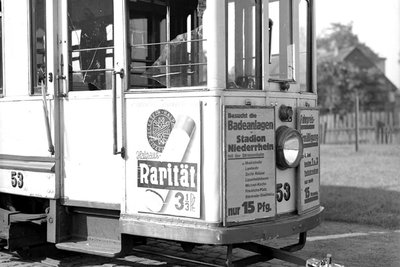 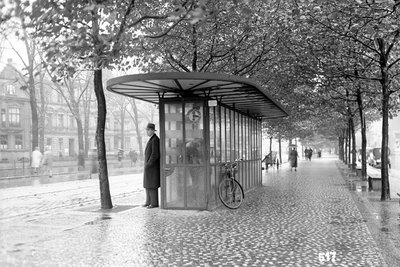 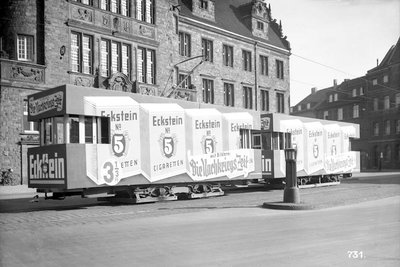 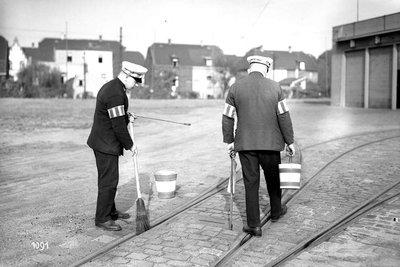 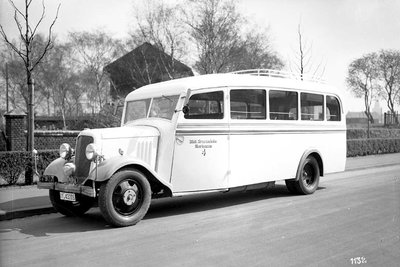 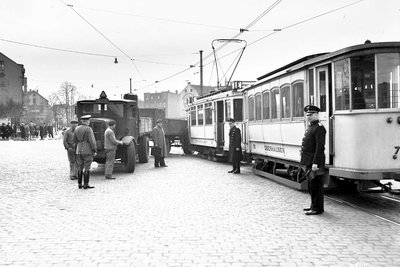 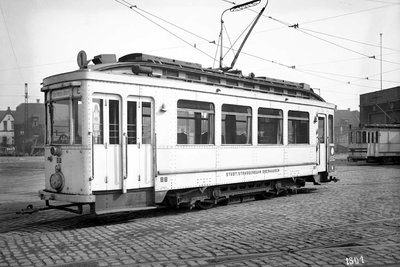 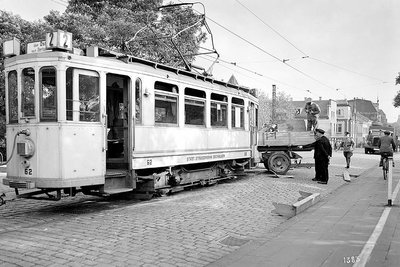 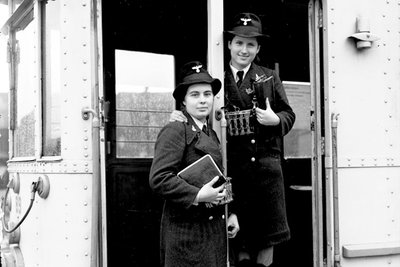 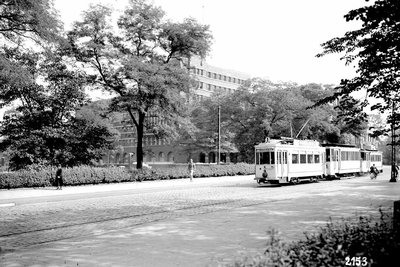 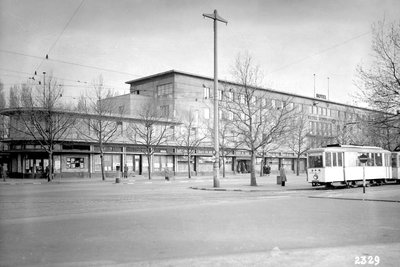 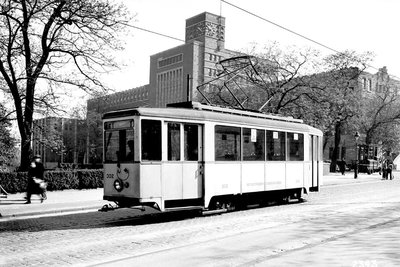 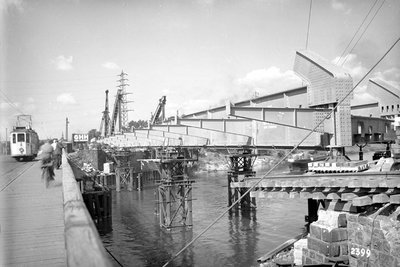 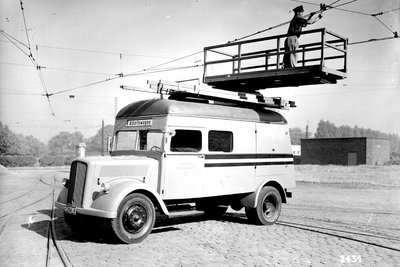 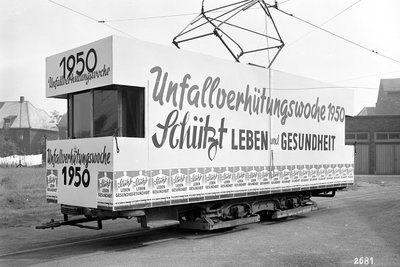 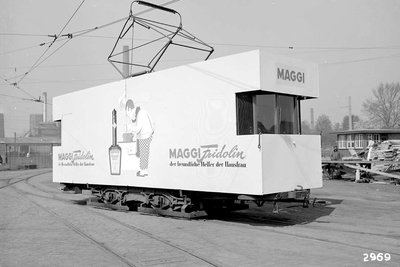 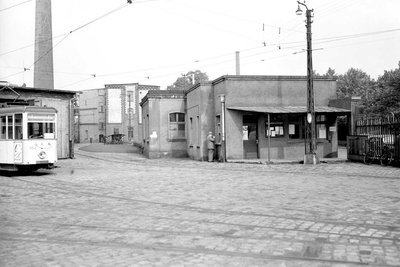 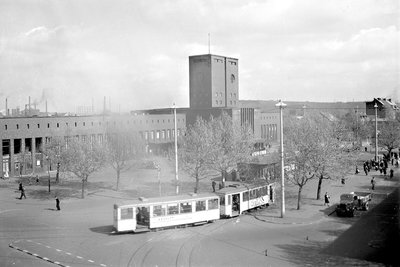 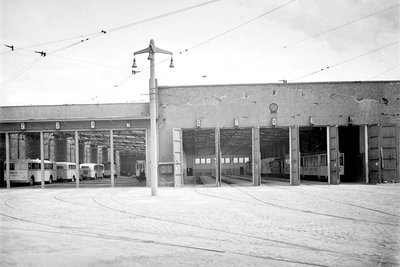 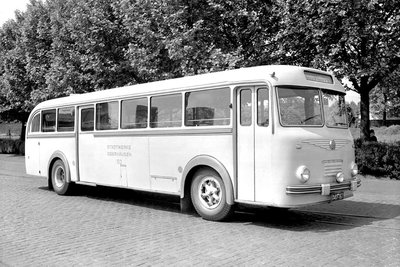 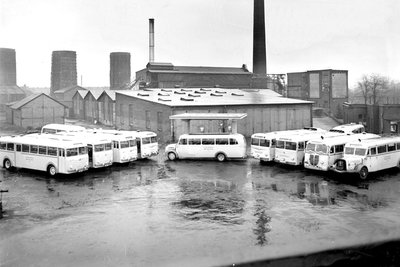 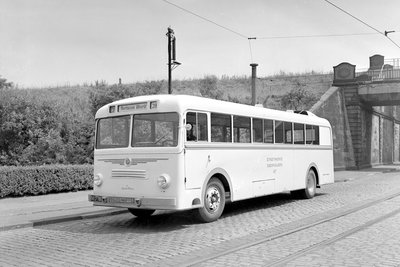 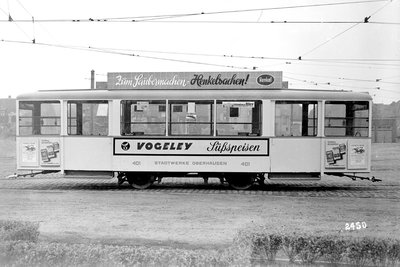 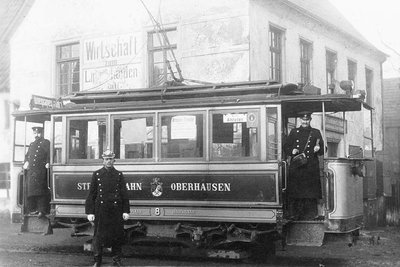 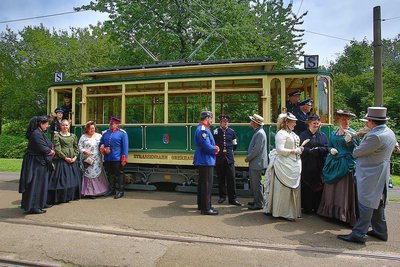